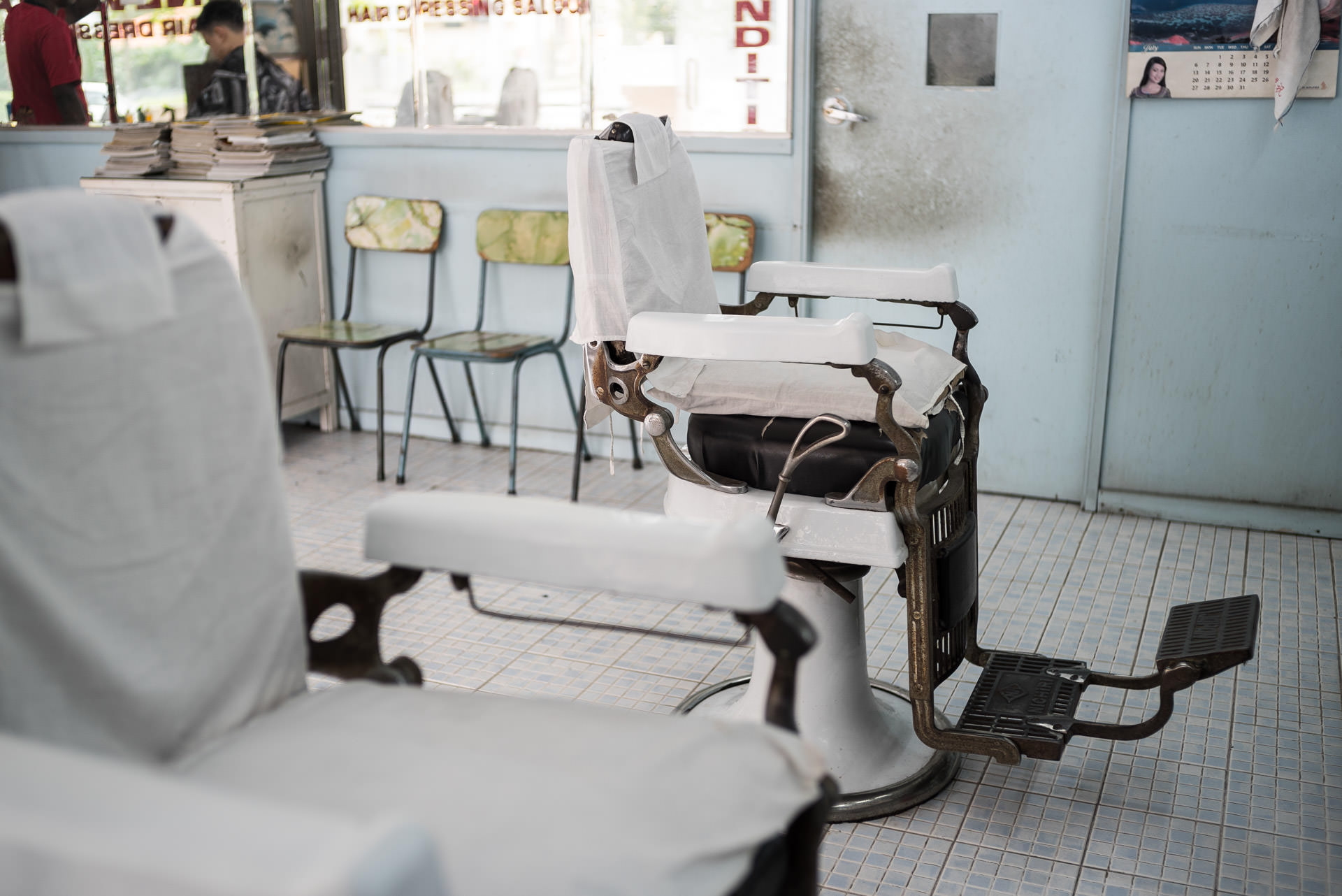 The New Star Hair Dressing Saloon facade is quite inconspicuous. The glass door screams with the yellow letters about the air-conditioned interior. In front of the see-through walls stands a diverse collection of plastic chairs. On both sides of the entrance, small rotating light signs spin with blue and red strips trying to attract attention. Only the giant blue signboard can lure the eye of passers-by, but it is also not so special among similar signs of the adjoining restaurant and bar.

Inconspicuousness disappears as soon as one crosses the saloon’s threshold. Its interior is a time capsule that goes back decades.

87-year-old Pakari Kothandapani opened New Star Hair Dressing Saloon in 1955. The place is older than Singapore itself and remembers the times when Siglap – the district in which it is housed – was a fishing village right on the sea shore. From the very beginning, the saloon offered top quality grooming and hairdressing services. In addition – according to the traditional Indian hairdressing – light head and neck massage.

New Star Hair Saloon customers grew up with the place that has served and continued to serve generations. Grey-haired gentlemen come here seeking the company of old friends as much as the grooming services. Also, the young generation shows up – teenagers with a Harry Potter book under their arms, demanding a ‘school style’ haircut.

Everyone will leave refreshed and satisfied.

Buddhism at the hanging rock

On Vesak Day, 2017, my husband and I found ourselves on the tear-shaped island of Sri Lanka, home to a population...

Thaipusam – when body becomes a sacrifice

Through the streets of Singapore rides a chariot with an elaborately ornamented silver altar – the statue of Lord...