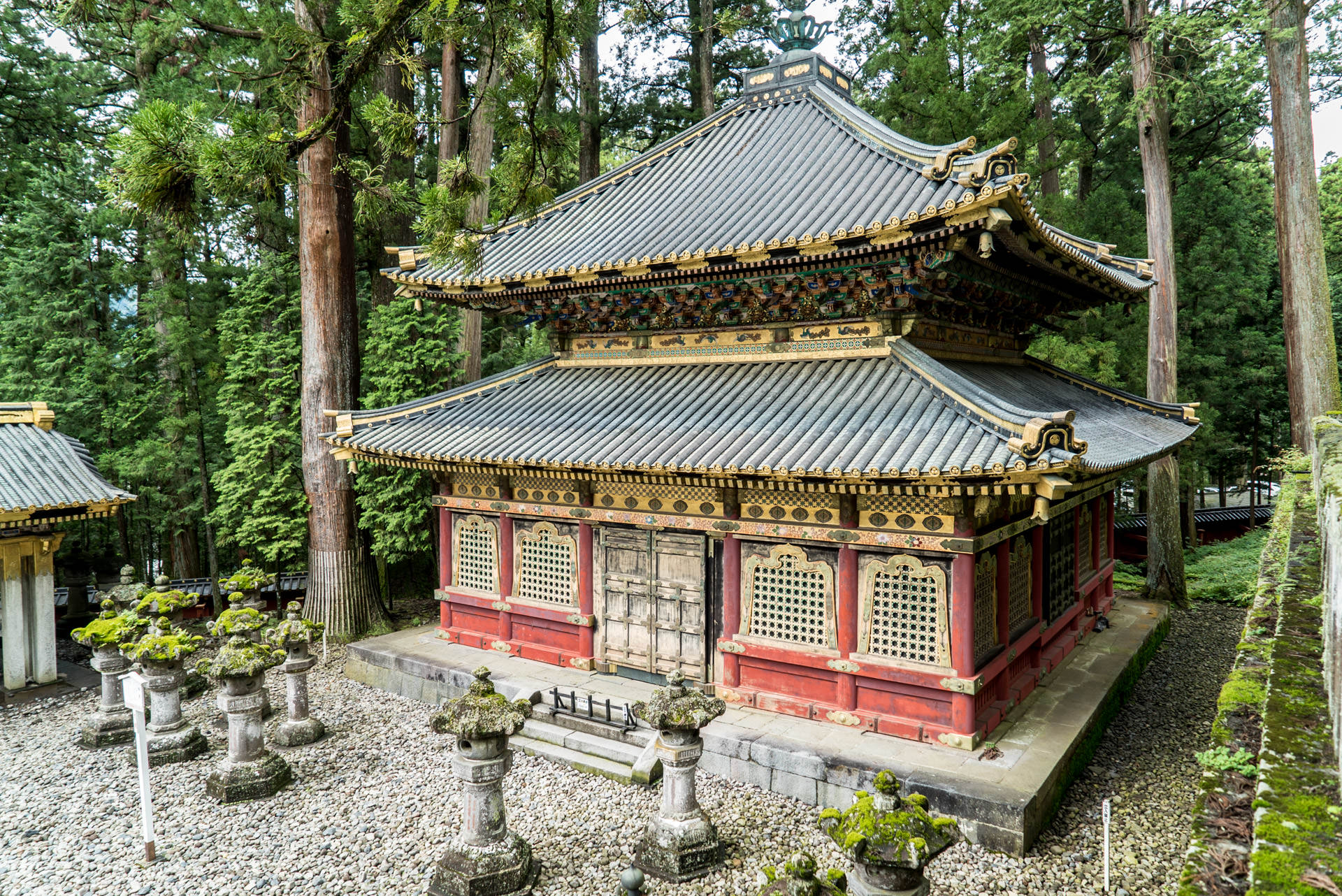 In a spacious restaurant, a family is looking for a shelter from the rain. Thousands of knick-knacks cover each corner of the large room.

On the shelves, there are collected souvenirs, sun-yellowed photos, old dolls and plush mascots falling apart at the seams. From the walls – white sheets of a paper cast in wooden frames – hang calendars from this and past years. Watercolours of dragons and blooming sakura sway in a breeze from the ceiling fan. Next to them, on the handmade paper, calligraphed Japanese characters announce maxims and proverbs.

Parents sit their daughters – both dressed in floral-patterned, festive yukatas – at one of the tables in the centre of the room. A grey-haired, stooped with age woman comes to greet them.

“The weather is asking for a hot soba” caring, but a firm voice announces the order without asking guests for it.

Briefly, in front of the family stand four steaming bowls of soup. There are many mouth-watering goodies over the dark buckwheat noodles drowning in fish stocks: mushrooms, shredded chives and onions, marinated seaweed, aburaage – thin, fried slices of soy tofu, and finally naruto – fish cake with a pink swirl sign of the famous Naruto Strait.

“And the princess? Why so sad?” the old lady asks, seeing a near crying face of the younger girl.

“She is not very happy with the trip. She had to get up early in the morning. And on top of that, the weather is horrible. We barely got off the train from Tokyo when the rain started.”

“Hmm, yes, yes. Not an easy life for the princess” grandma nods with understanding. “But it will be worth it. You see, there is a proverb: ‘Do not say kekko [enough] until you see Nikko.’ Do you know why? Because this is a fairy-tale and magical place.”

The old lady sits the child on her lap and starts the story.

“Before the last rain drops touch the earth, the sun will come out. A rainbow will stretch over the sky as far as the Shinkyo Bridge. Once, only the shogun had the privilege of crossing it. One end of the red bridge is lost in the lush greenery of the forest surrounding the city. The other reaches the grounds of the Toshogu Temple.”

“To the Toshogu itself leads a wide asphalt road. It swirls through an old cedar forest that smells of wet bark and cones. At the top of the road stands a pagoda. Under the eaves of each floor, there are intricately carved, beautifully coloured ornaments. Every floor is a symbol of one of the elements: water, fire, earth and air. Fifth is an ether that unites all the others in the matter that makes up the universe.”

The older sister joins the girl sitting on the grandmother’s lap. The old lady smiles at her wide-open, curious eyes and continues the story.

“Behind the pagoda, you will see stone steps and a large gate. Its black roof protects statues of Shinto deities from the rain. They are the guardians of the entrance and the temple. Behind the gate, there is a cobbled square. Its outlines are dotted with dozens of stone lanterns. Above them, tower utility buildings. Even they are elaborately decorated with sculptures and gold paint.”

“In the temple stable, a sacred white horse will greet you with a joyful neigh. His health is guarded by three wise monkeys carved under the roof of the building. You know why they are called the wise?” asks the old woman.

Both girls and their parents shake their heads.

“Because they do not let themselves into wickedness and misery. Each of them covers eyes, ears and mouth to see no evil, hear no evil and speak no evil. These principles accompany them in all stages of life: the carefree childhood, hardships of growing up and the search for the meaning of life, until an inevitable death. Eight carved attic panels will tell you their story.”

“Then you will go through the Yomeimon gate. The magnificent, expansive building will delight you with the golden finish of the roof that lifts towards the sky. With its massive arms, it protects wooden walls decorated with over 400 carved ornaments. Those who saw for the first time the glory of the gate couldn’t have enough of looking at it. Hence, its second name is ‘higurashi-no-mon’ – ‘look till the sunset and not have enough’.”

“Before I tell you about the dragon, I’ll make some hot ocha,” says grandma and disappears in the kitchen. After a while, she reappears with a jug of steaming green tea. She pours the liquid into the tiny ceramic cups and hands them to the guests. Warming her hands over the cup, she takes up the story.

“Where was I … oh yes, the Crying Dragon. He lives in one of the temple buildings just behind the Yomeimon. His likeness is majestically painted on the hall ceiling. You need to stand directly under the dragon’s head and hit the two wooden blocks. Then the whole room will ring with a vibrating sound that resembles sobbing. But remember, only Shinto priests can make the dragon cry.”

“Now you can go to the main shrine where prayers are held. But before you go in, you need to wash up. At the entrance, you will see a stone water sink. There are pots with long handles on it. Rinse your hands and mouth with water. Remember, do not touch the container with your lips. Pour the water onto your palm and sip the liquid from it. Then spit it all out to a sluice at to bottom of the stone sink. Will you remember all this?”

Both heads vigorously nod in a sign of confirmation.

“When you stand under the Sakashitamon gate, look up. At the top of the structure, between colourfully painted ornaments, a sculpture of a sleeping cat sits. It is not an ordinary cat. It is the spirit of Tokugawa himself – the great and mighty Shogun for whom the entire temple was erected. As one of the deities, he was guarding the whole Japan, making it safe and peaceful.”

“The Sakashitamon is a beginning of 200 steep stairs. They climb between cypress trunks and mossy stone barriers. At their top, on a cobbled square surrounded by forest, stands a casket with Tokugawa’s remains. The tomb is very modest but dignified. Just like Shogun who eternally sleeps there, for whom earthly luxuries were nothing, and honour – everything.”

With the grandma’s last sentence the sun ray falls into the room, casting a warm streak on her face.

“Oh! I’m talking and talking – haven’t even noticed that the rain stopped!”

The girls leap to a window. Outside, a light breeze shakes the last rain drops from the tree branches. Over a cloudless sky stretches the rainbow.

NNikko has achieved international fame through its tourist attractions both within the town itself and in its immediate vicinity. The most famous are:

What to see in Nikko

[vc_tta_tabs style=”modern” shape=”square” color=”white” active_section=”1″][vc_tta_section i_icon_fontawesome=”fa fa-map-signs” title=”Toshogu Temple” tab_id=”1474034354566-b65cfb97-103f” add_icon=”true”][vc_column_text]
The dying wish of the Shogun Tokugawa (general of the shogunate who ruled over Japan for more than 250 years) was the erection of the temple, with him as one of the deities – Tosho Daigongen (“The Great Deity of the Shining East”). He was supposed to ensure that there were undisturbed order and peace in Japan. At first, the temple was not very splendid – what is hard to believe in, looking at its splendour today. In the first half of the 17th century, however, Tokugawa’s grandson converted it into an impressive temple complex.

Over a dozen of temple buildings are richly decorated with wooden carvings and gold gilded ornaments. These decorations are rare for temples of Shinto religion, which are usually very minimalist and discreet. Rich ornamentation is characteristic for Buddhist temples, though, and these traits are preserved in Toshogu. This fact adds to the complex uniqueness, as during the Meiji era all symbols of Buddhism were removed from the holy places. But here they were allowed to coexist with Shinto elements in harmonious unity.

Magnificent in its splendour, the temple is on the list of UNESCO World Heritage Sites.

[/vc_column_text][/vc_tta_section][vc_tta_section i_icon_fontawesome=”fa fa-map-signs” title=”Shinkyo Bridge” tab_id=”1474034354566-b65cfb97-104f” add_icon=”true”][vc_column_text]
“The Holy Bridge” belongs to the Futarasan Temple. It is considered one of the three greatest in Japan. Stretched over the Daiya River, it is listed as World Heritage Site of UNESCO since 1999.

According to a legend, the Shōdō priest wanted to get through the Daiya River to Nantai Mountain and pray for the welfare of Japan. However, the strong and swift current of the river did not allow him to do so. The priest prayed so earnest that the God Jinja-Daiou appeared in front of him. Two snakes wrapped around his hand. God released the snakes that formed the bridge for Shōdō to pass.

[/vc_column_text][/vc_tta_section][vc_tta_section i_icon_fontawesome=”fa fa-map-signs” title=”Kanmangafuchi Abyss” tab_id=”1474034752850-67dcc74d-1554″ add_icon=”true”][vc_column_text]
A gorge picturesquely situated in a forest by the river. Its fame owes not only to the lovely location but also to the row of stone statues adorned with red hats and headscarves. The teeth of time apparently gnaw some of the statues – their heads missing, the contours blurred. Some of them, however, are holding up well, which allows looking at their details.

The figures depict Jizo, an enlightened being who can reach Nirvana but delays it to help others. In Japanese culture, Jizo is guardians of dead or unborn children who have not yet managed to accumulate enough of good karma to enter paradise. According to the legend, the figure setting is constantly changing, and visitors will never see them twice in the same arrangement.

[/vc_column_text][/vc_tta_section][vc_tta_section i_icon_fontawesome=”fa fa-map-signs” title=”Kegon Waterfall” tab_id=”1474034884791-aa718566-3209″ add_icon=”true”][vc_column_text]
Located about 30 minutes by bus from central Nikko. The 100-meter waterfall starts its origin in the waters of Lake Chuzenji and is one of the three most famous, tallest and most impressive waterfalls in Japan. At the end of October, it is a very popular place to admire the colours of autumn.

A mountain life of Nepal – trekking through the Himalayas

A passing downpour fills the air with a scent of steaming soil. Inescapable humidity is intensified by large-leafed...